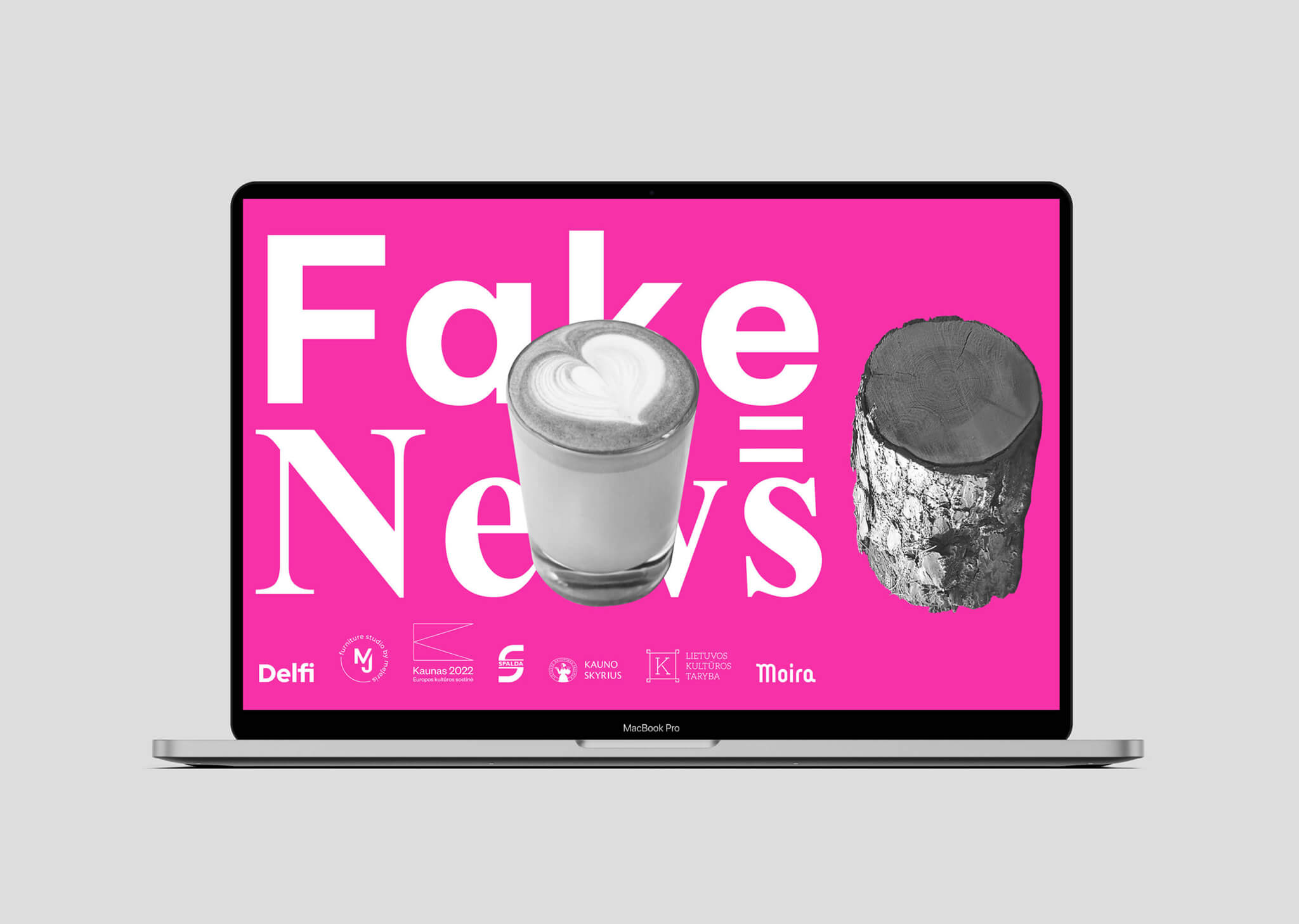 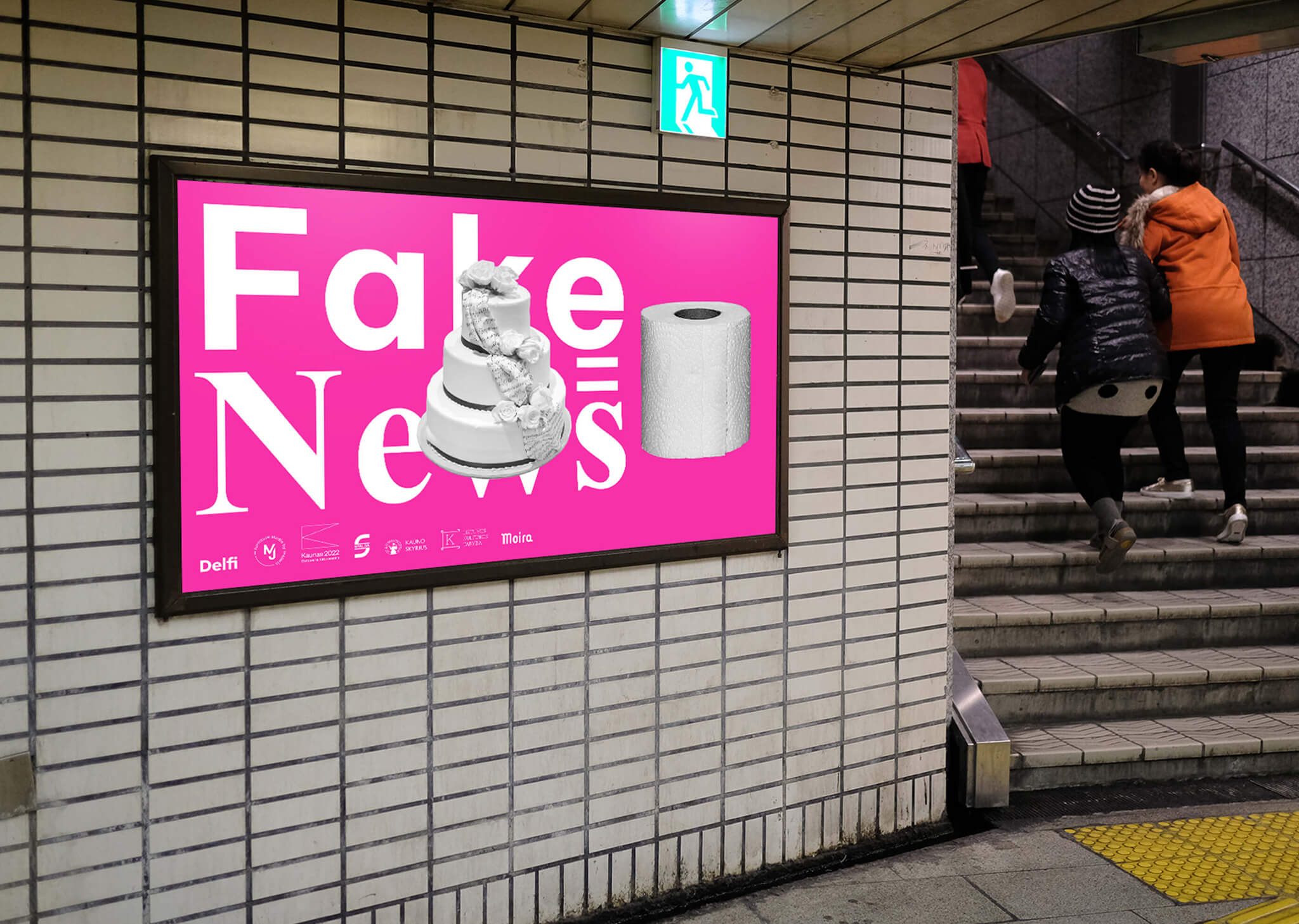 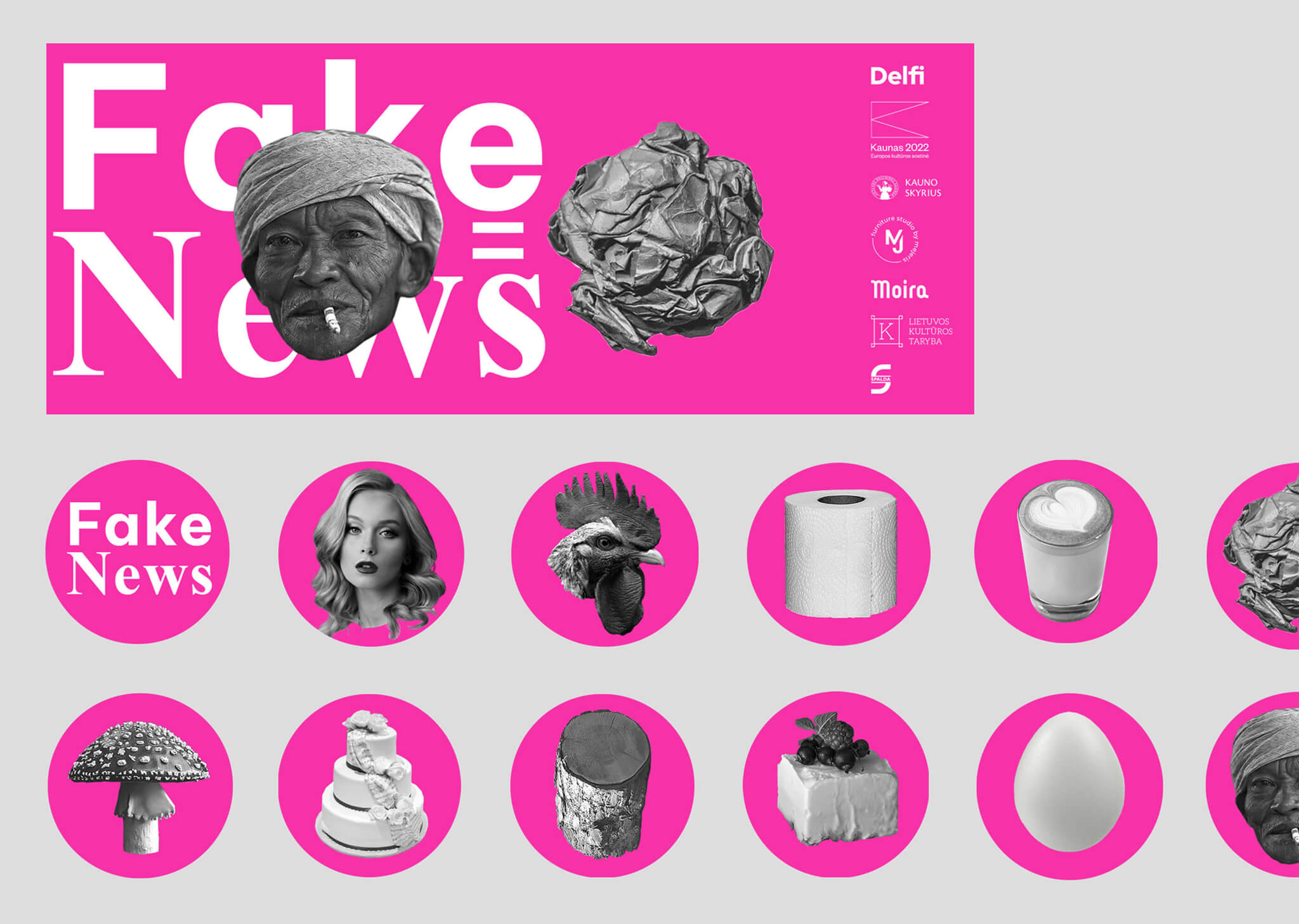 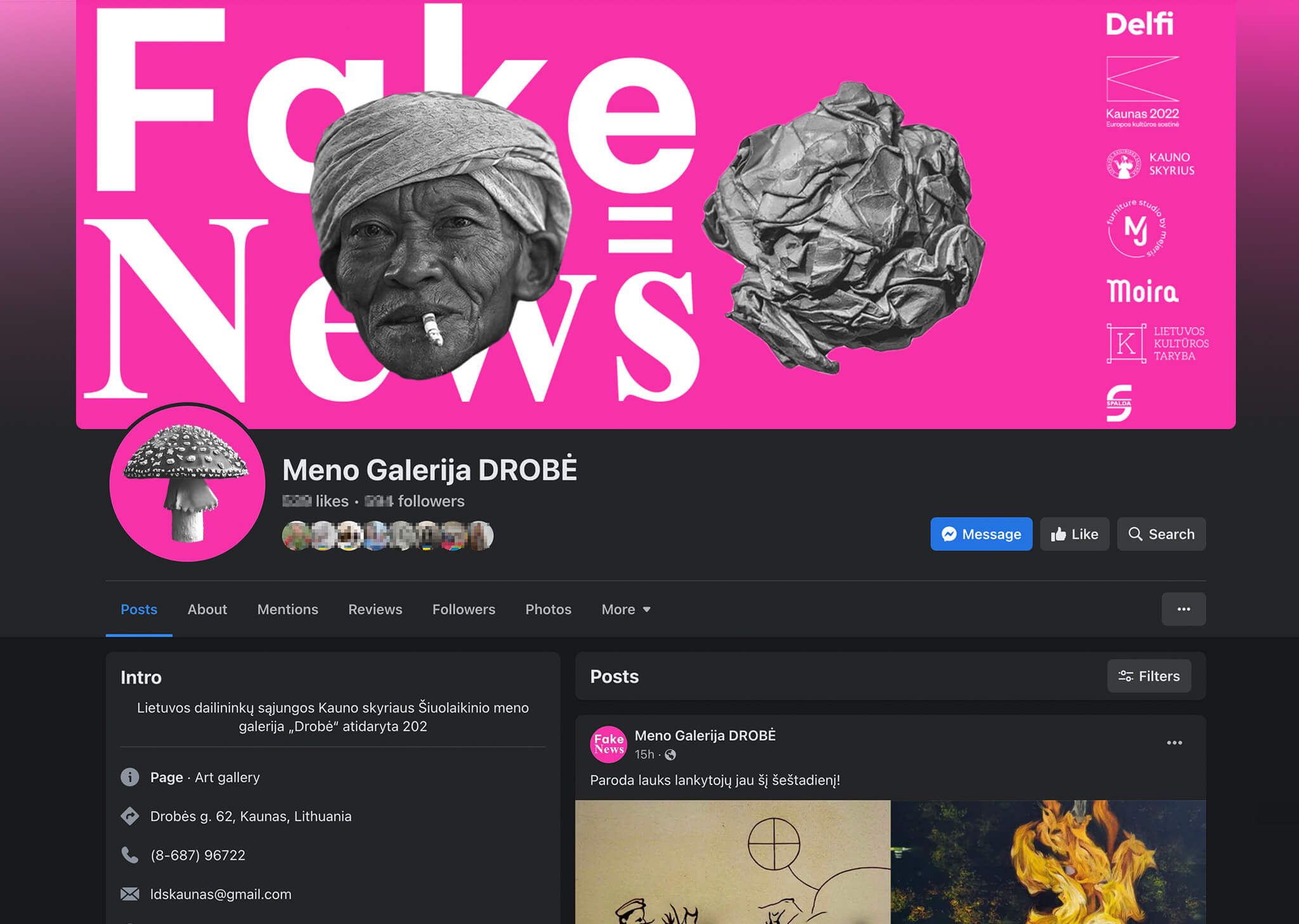 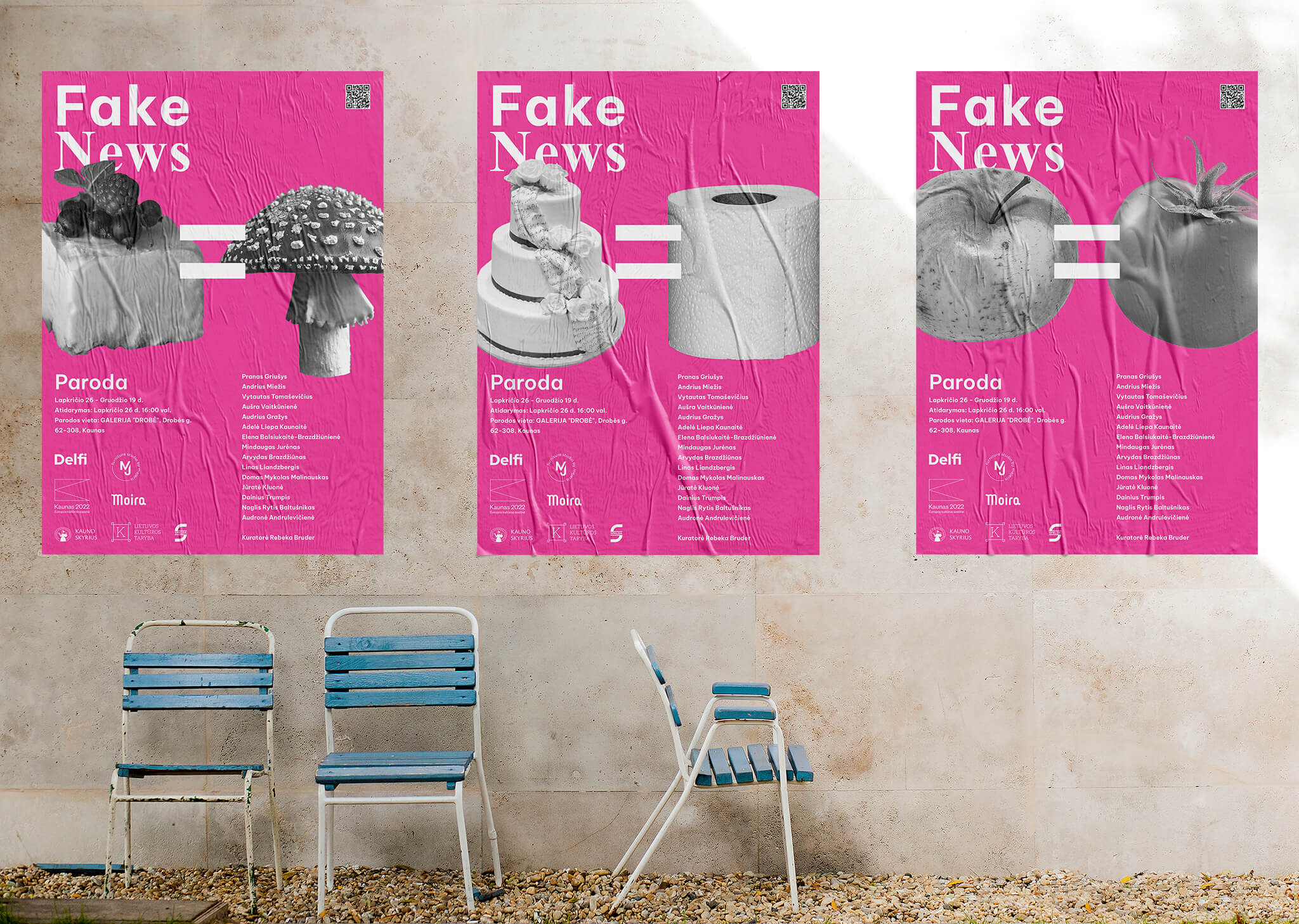 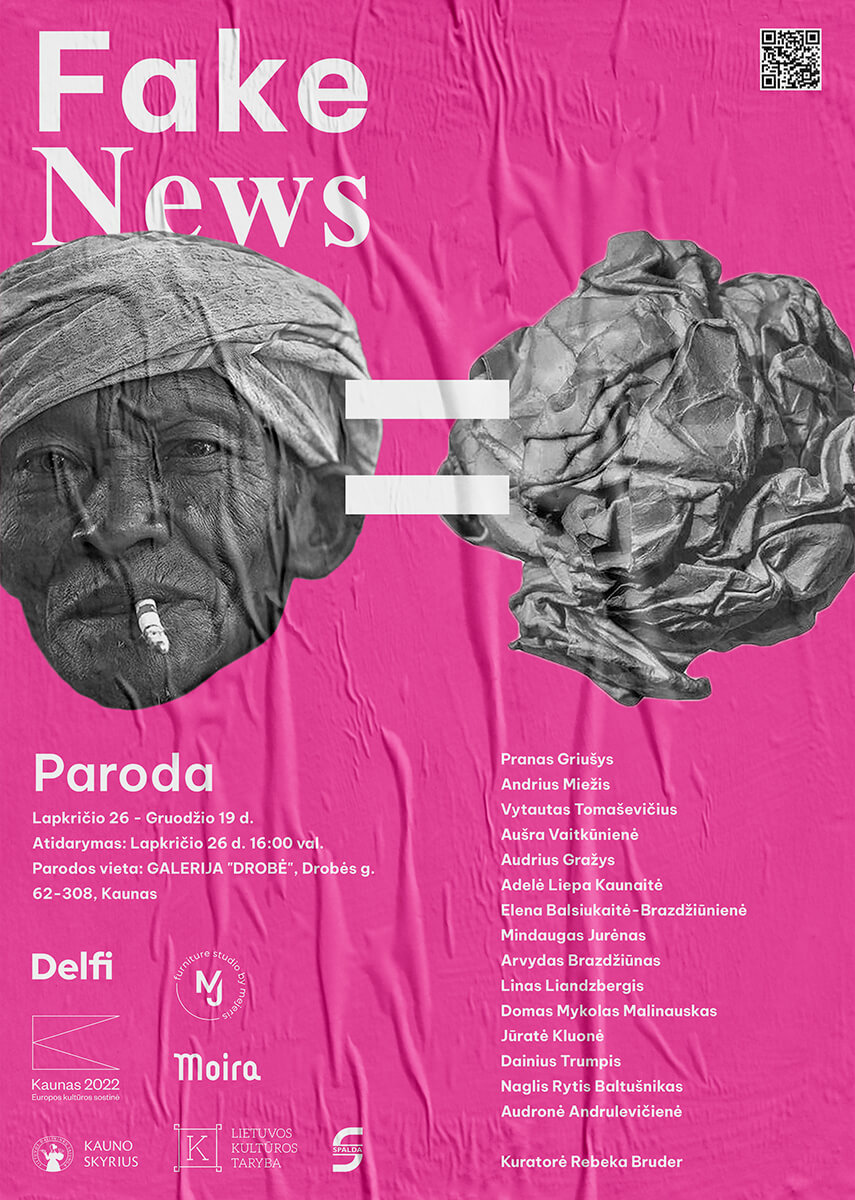 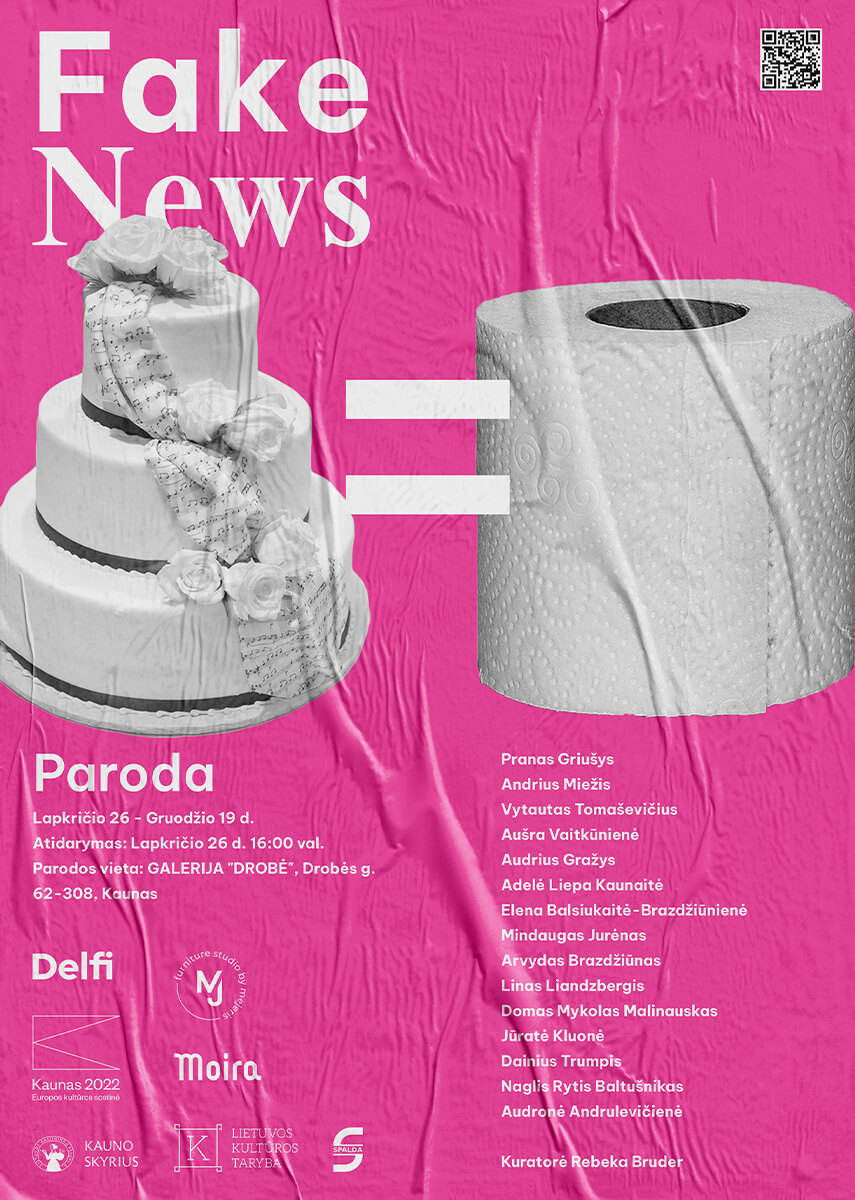 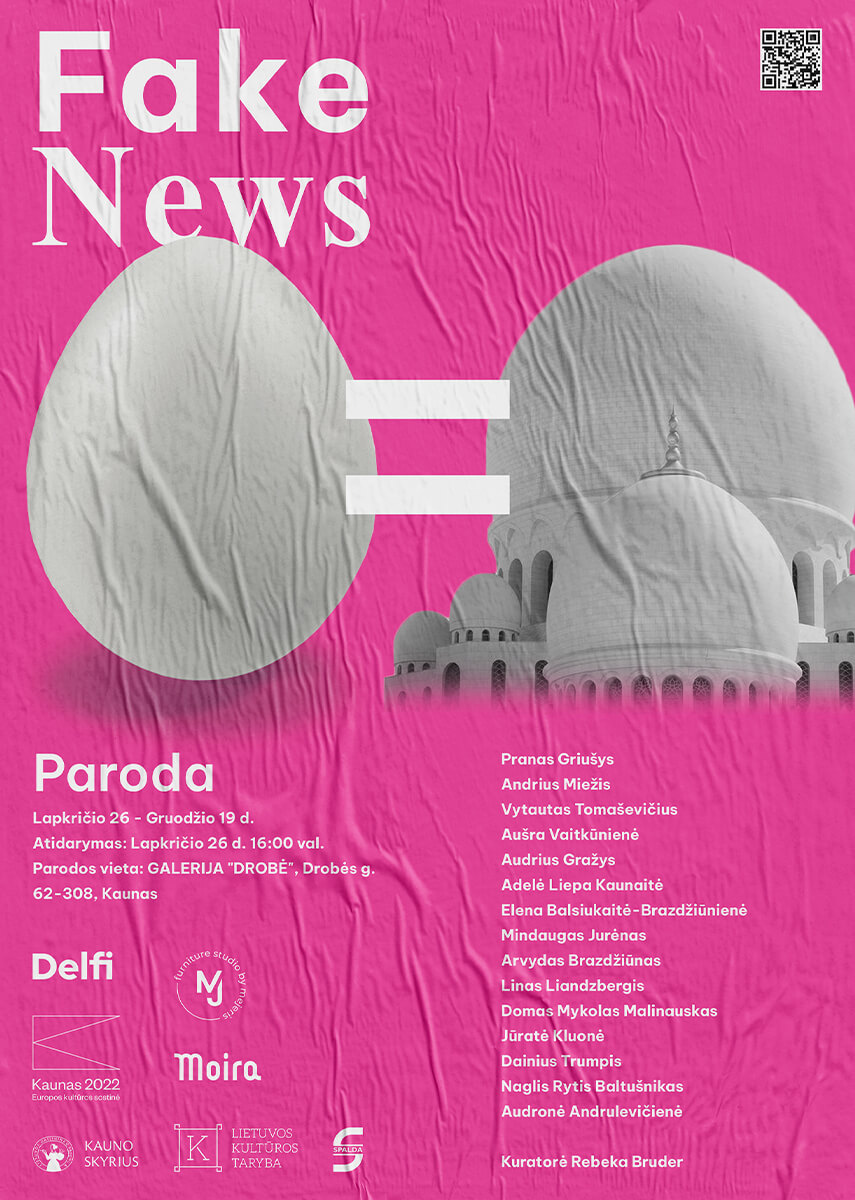 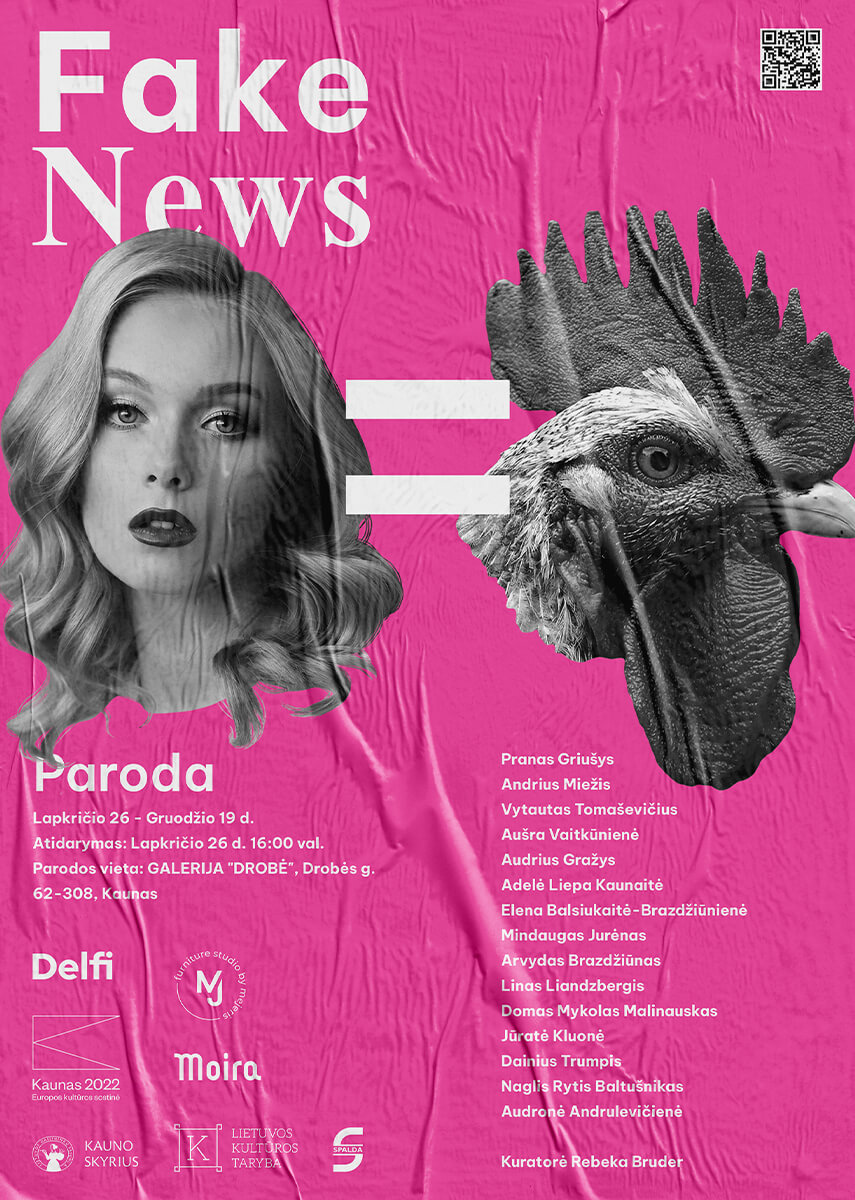 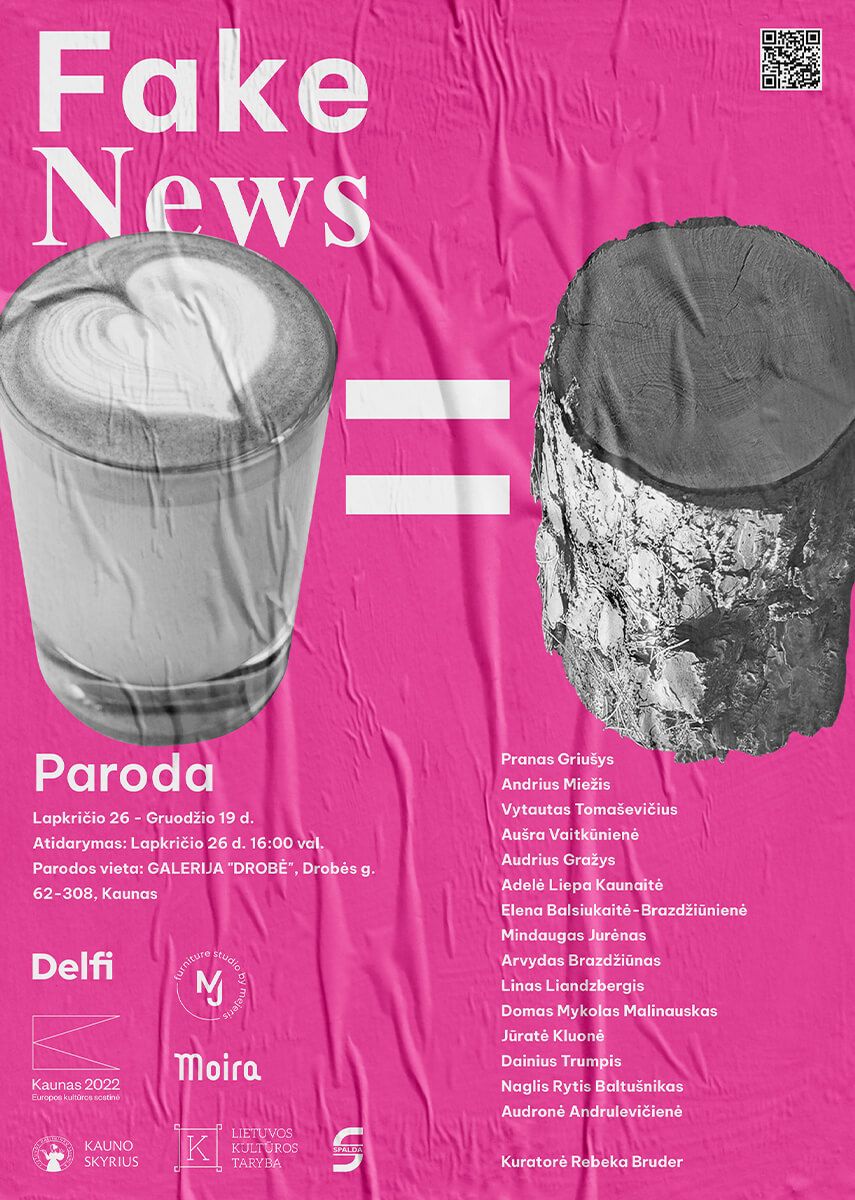 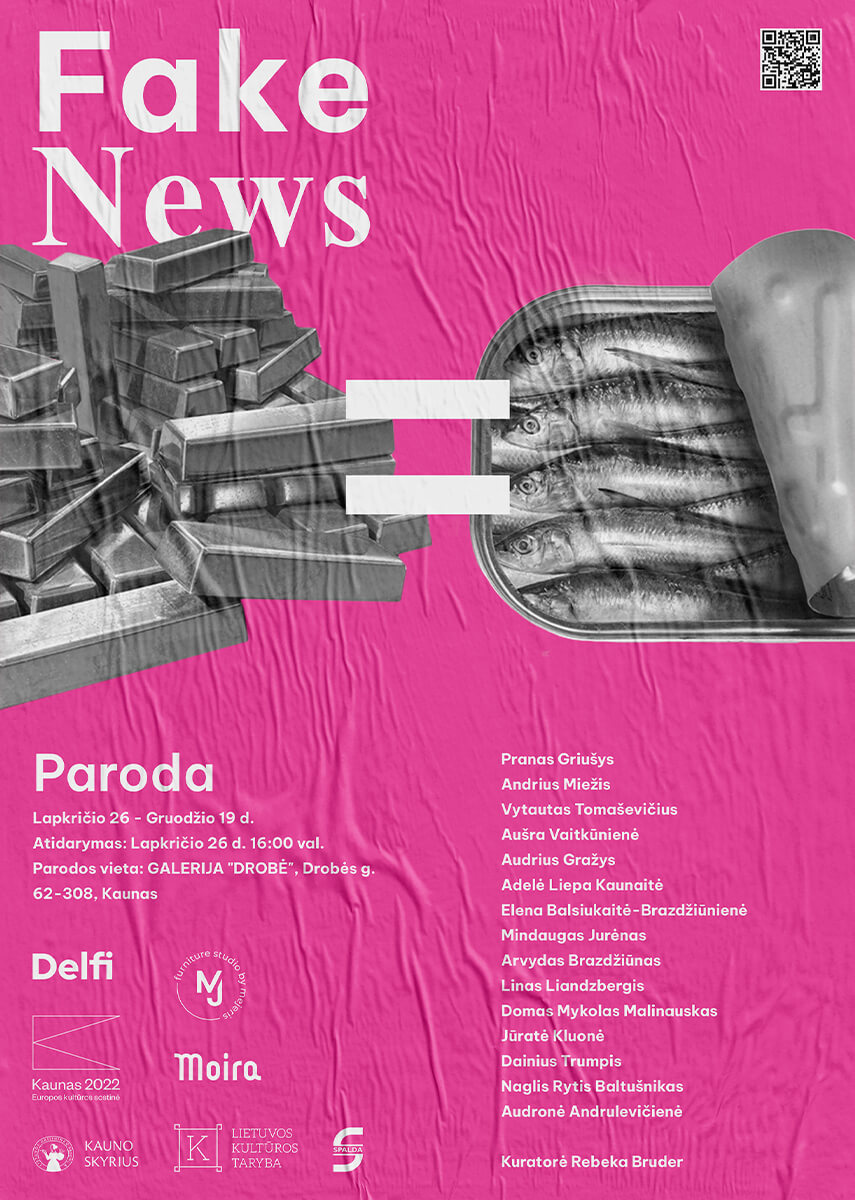 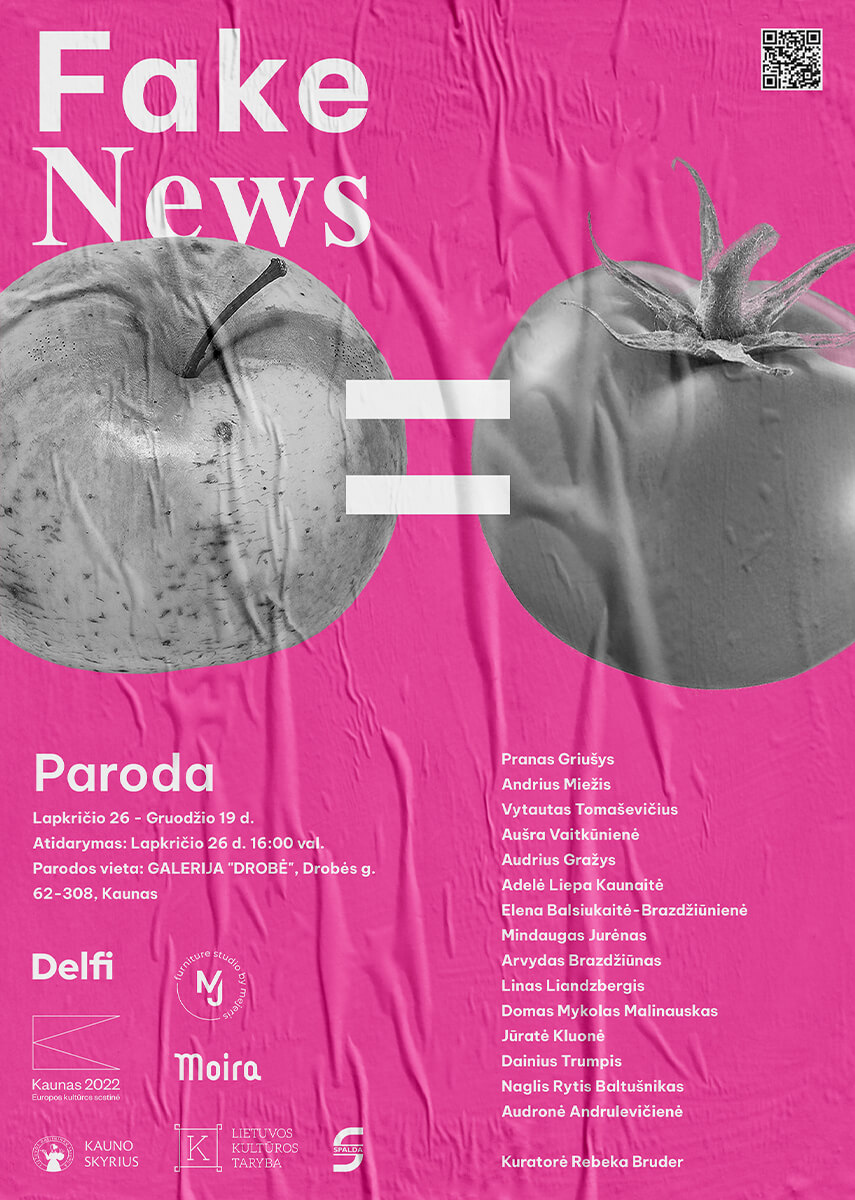 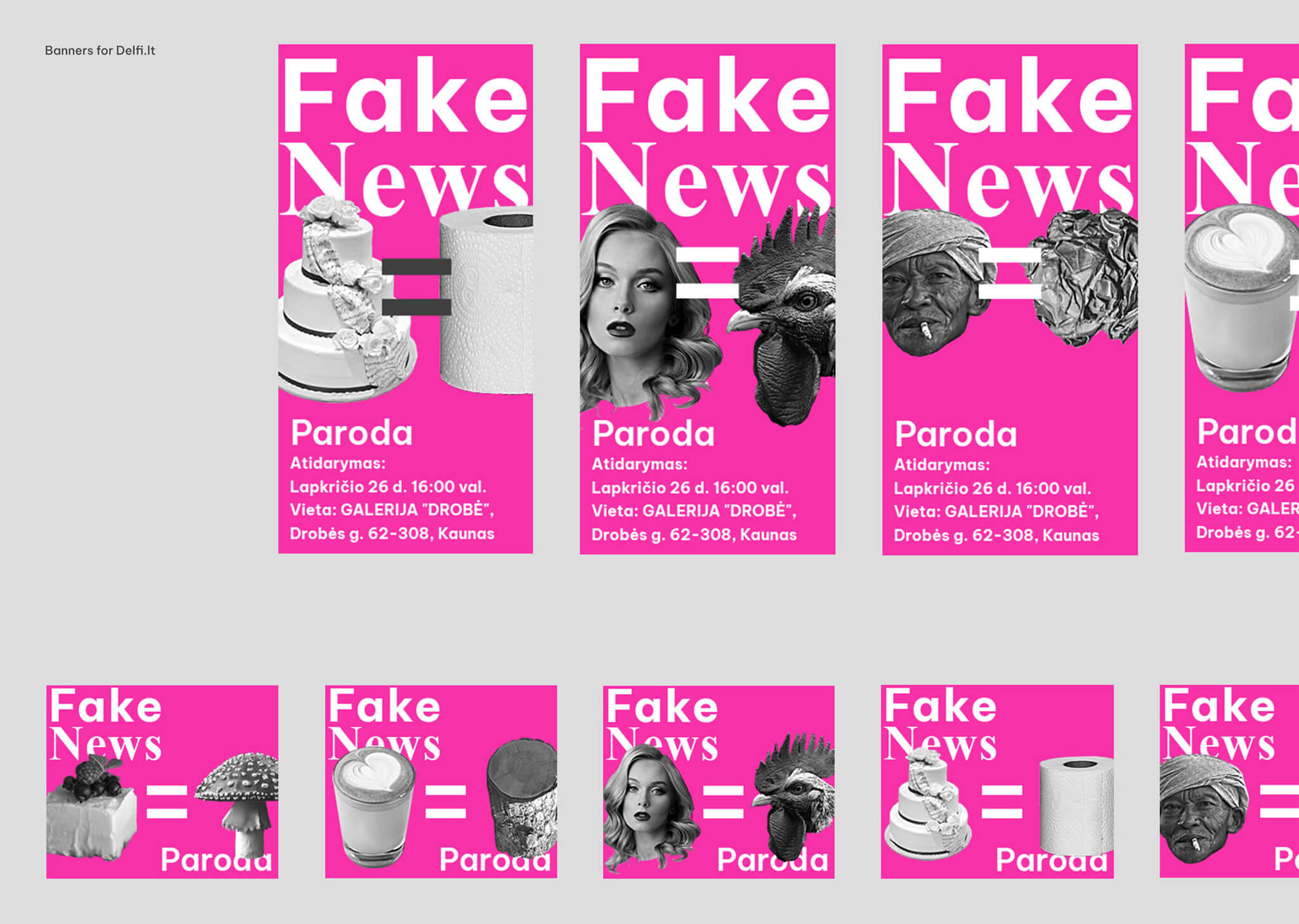 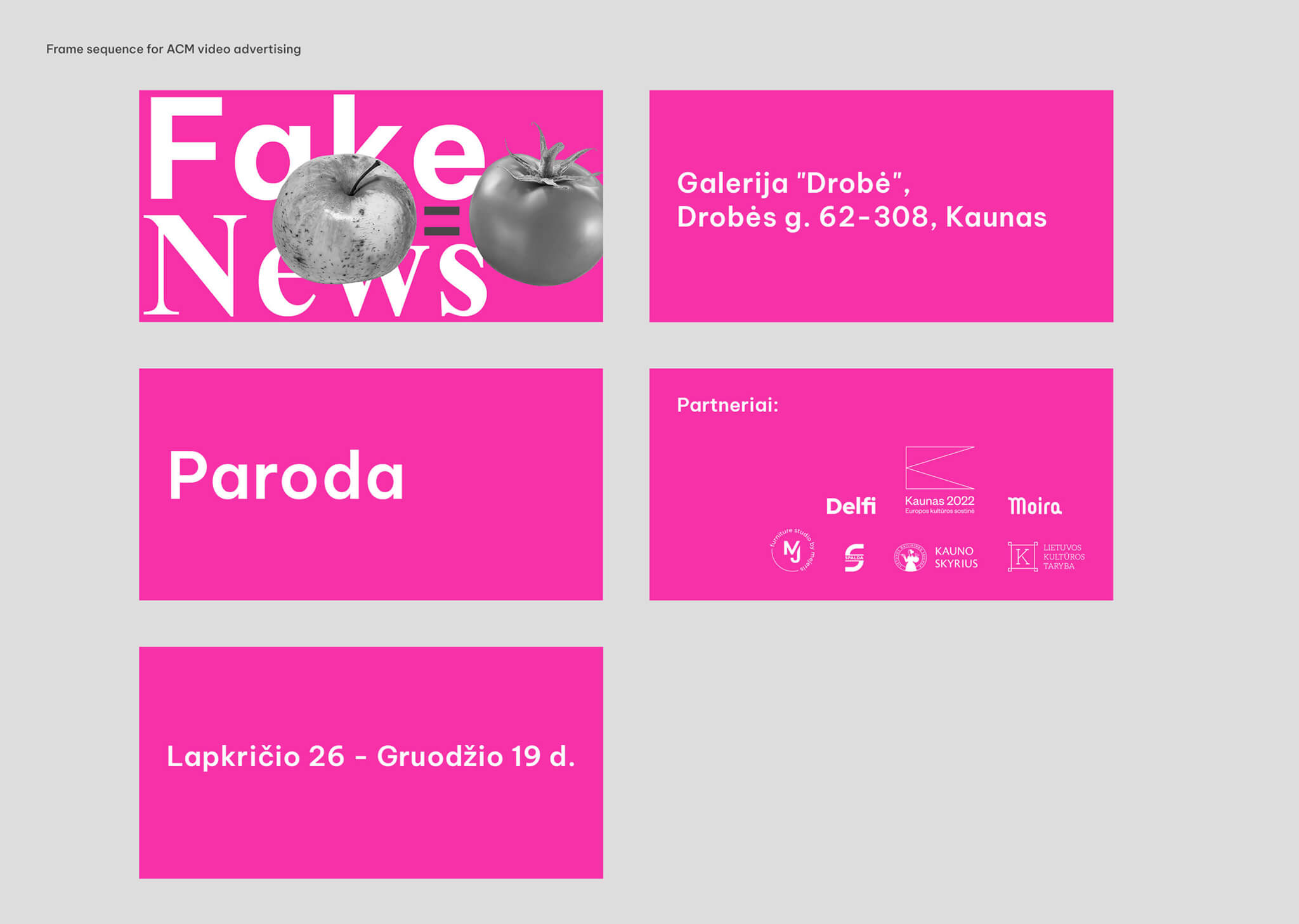 We created a promo design for the exhibition Fake News, where artists, inspired by the theme of fake news on Delfi.lt, created and interpreted fake articles, fake news and fake texts.

For the background of the advertisements we used the pink colour of the exhibition's creator Rebecca's favourite colour of the moment (note: a serious artist doesn't have one favourite colour!). To reinforce the image, we used combinations of black and white objects found in the visual metaphor generator (www.visualmetaphor.com), which contrast but at the same time have a visual similarity. It's just like in fake news - facts mixed with fake news, and in the overall image it looks like a block of reliable information.